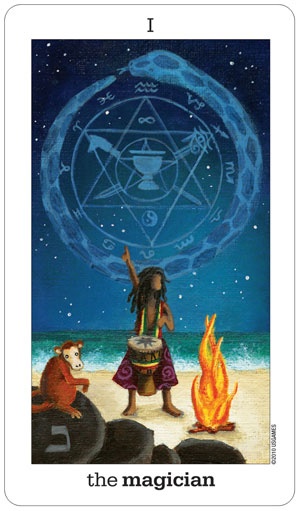 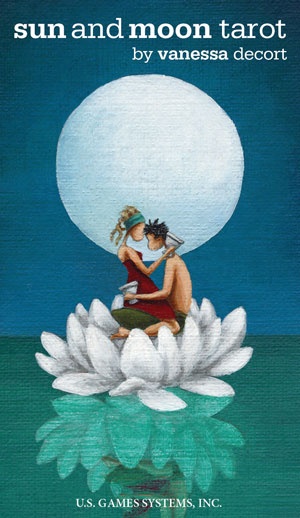 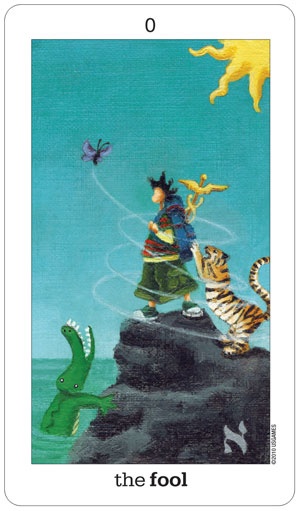 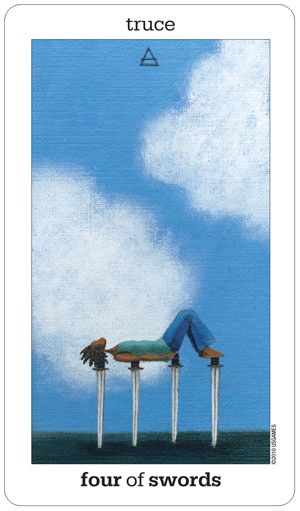 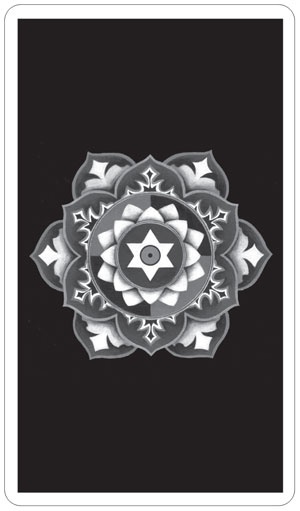 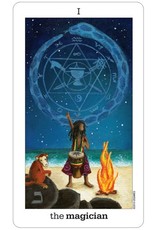 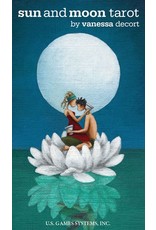 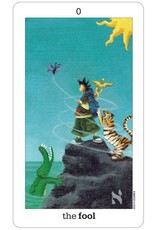 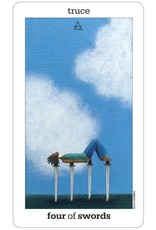 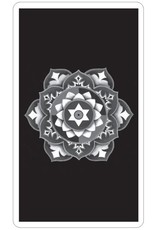 Sun and Moon Tarot Deck
By playfully incorporating mythology and astrology, Vanessa Decort brings unique interpretations to traditional tarot, presenting a deck that is both insightful and accessible. The Sun and Moon Tarot follows the traditional structure of Crowley Thoth Tarot. The Minor Arcana features Crowley’s key words at the top of the cards, with the card titles and numbering at the bottom. Major Arcana cards show the associated Hebrew letter in the artwork. Sun and Moon Tarot is a multi-cultural tarot deck with symbolism borrowed from Hinduism, yoga, ancient Egyptian and classical Greek mythology, the I Ching, and Runes. The instruction booklet includes astrological associations and explanation of the Hebrew letters, as well as card meanings. Sun and Moon is a interesting and appealing tarot deck.