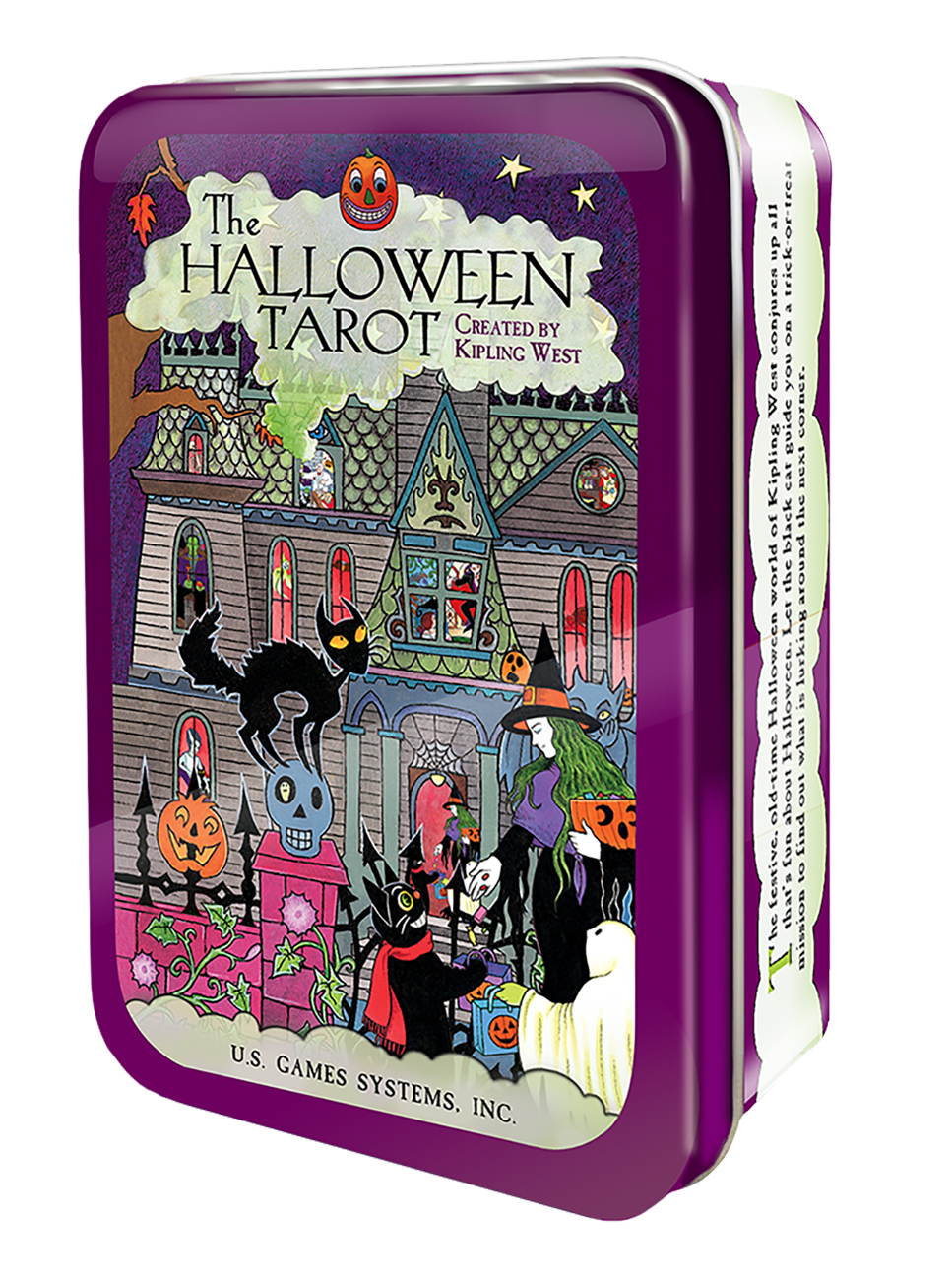 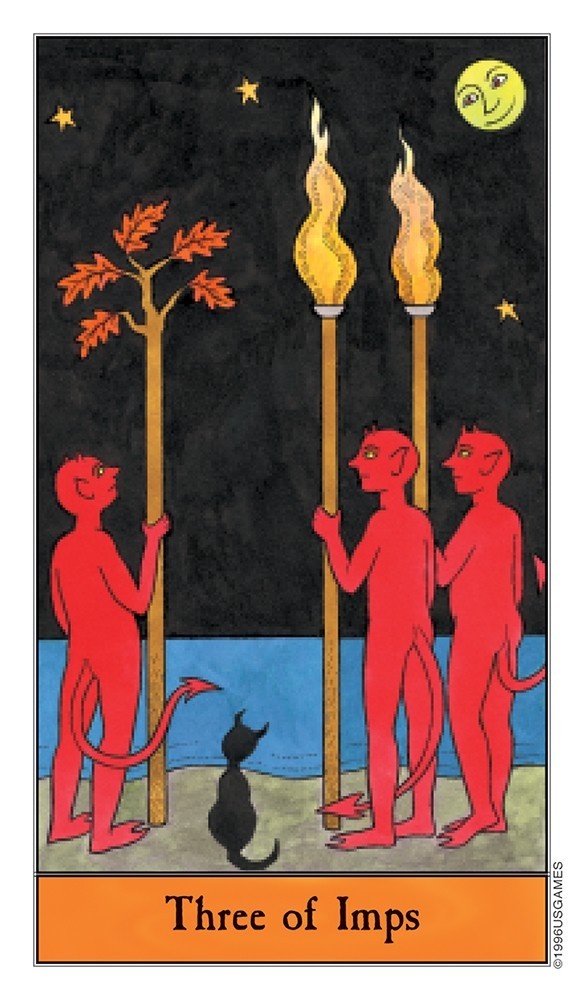 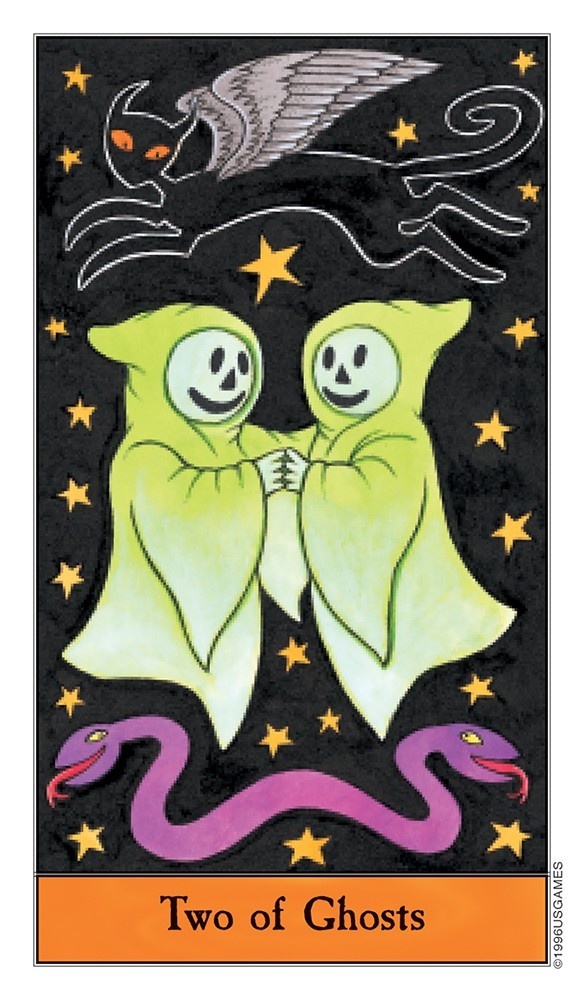 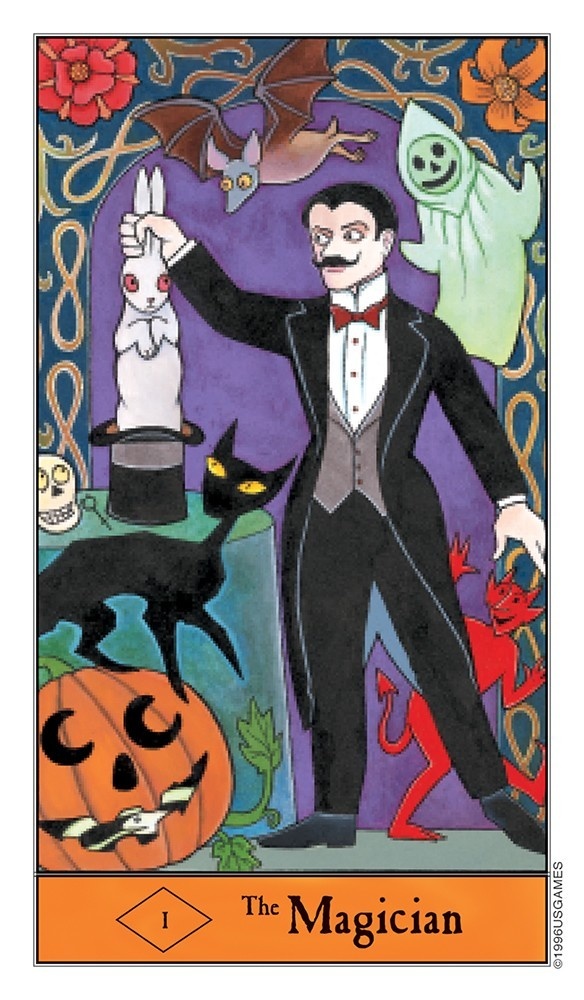 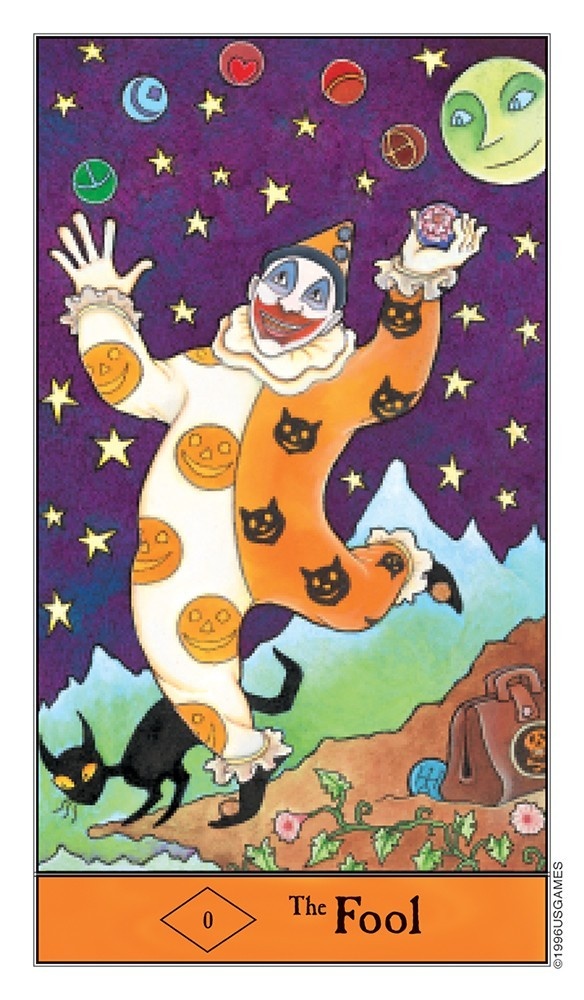 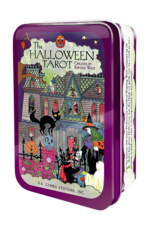 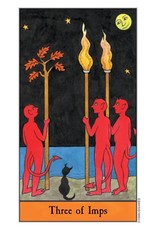 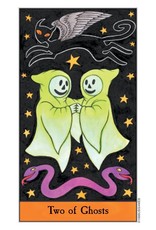 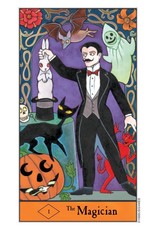 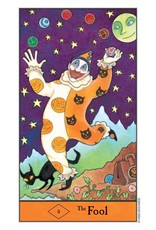 What a fun way to start off the season of Halloween.

A black cat with glowing eyes leads us on our nocturnal sojourn through the 78 cards of the Major and Minor Arcana. The characters of the Major Arcana visit from the realms of horror stories and Halloween tradition. Frankenstein and his bride 'bring to life' the Emperor and the Empress cards. The Minor Arcana suits are Pumpkins, Imps, Ghosts, and Bats, each with a special significance. This is a pocket-sized deck.

"As the suit of the ancient element Earth, the Pumpkins describe all things that are physical and tangible, real and solid -- things you can taste and smell, and of course, count. The Ghost cards are haunted by the ancient element of Water, the symbol of the fluidity of the subconscious mind, dreams, instincts, and emotions. The Bats comprise the 'thinking suit,' reflecting a bat version of the intellect -- the uncannily sensitive 'radar' of these nocturnal creatures that helps them find food and avoid collisions even on the blackest of Halloween nights. Since the traditional Tarot suit of Wands is linked with the ancient element Fire, the devilish scarlet Imps make a delightful Halloween suit equivalent."